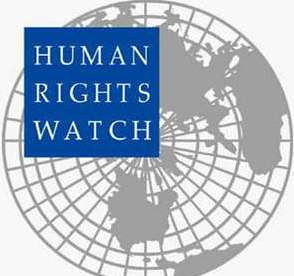 An initial Human Rights Watch assessment of Vietnam’s human rights situation in practice was submitted to the United Nations Human Rights Council on June 20, 2013, followed by an update made public in December 2013. Human Rights Watch also released its annual report on Vietnam on January 21, 2014. Each document concludes that the government continues to systematically violate rights in vital areas such as freedom of expression, association, assembly, religion, labor rights, land tenure rights, and the right to a fair trial. Hanoi imprisons critics, such as human rights, land rights, and democracy activists, including members of newly-founded civil society organizations.

“The Vietnamese government has made many human rights promises, but it has delivered very little,” said Juliette de Rivero, Geneva advocacy director. “Now is the time for UN member states to make it clear that the current situation is unacceptable and to insist that Hanoi dramatically improve the way it treats its people.”

Vietnam was elected to the UN Human Rights Council on November 12, 2013, accepting the obligation to “uphold the highest standards in the promotion and protection of human rights,” as set forth in United Nations General Assembly Resolution 60/251.

In its campaign for council membership, Vietnam pledged to respect and promote human rights by concrete implementation of the country’s constitution and laws. On November 7, Vietnam signed the UN Convention against Torture and Other Cruel, Inhuman or Degrading Treatment or Punishment – but it has not yet ratified it, and has taken few other steps to meet its obligations.

‘Ugly retaliation’ for those exposing abuses

In a blatant effort to quash criticism, Vietnamese citizens calling for reforms have faced ugly retaliation.

Many new groups have emerged to promote human rights and democracy, such as Petition 72, the Social Democratic Party, the Network of Vietnamese Bloggers, the Civil Society Forum, and Vietnamese Women for Human Rights, openly contesting the government’s escalating repression during the past several years. Many have monitored Vietnam’s bid to become a member of the UN Human Rights Council and scrutinized its human rights record through the UPR process.

In early December the government sent security forces to violently break up peaceful gatherings in Hanoi and Ho Chi Minh City to mark Human Rights Day, where activists attempted to distribute copies of the Universal Declaration of Human Rights and the convention against torture.

The government followed this up with a series of assaults on bloggers, democracy activists, and land rights protesters, sometimes attacking them in their homes. The government has also prevented members of Vietnamese civil society organizations planning to travel to Geneva for the UPR from leaving the country.

BLOG: So, what is it about UPR?